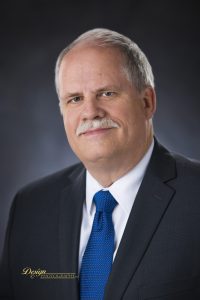 The Rev. R. Kent Cormack serves as the senior pastor of First Congregational United Church of Christ.  A native of Abilene, Kansas, Kent grew up as a child of the church, beginning his theological studies at the hand of his grandmother in the Beginner department of the Sunday School.  He has served in various leadership capacities of the UCC for over 30 years, in roles that have included organist, choirmaster, interim pastor, called pastor, and acting conference minister.
Kent holds a Bachelor of Music degree in organ and church music from the University of Kansas, where he also pursued studies in the School of Religion.  He earned his Master of Divinity at Yale Divinity School where his special areas of study included liturgy, Christianity and the arts, and ethics.
Kent met his husband, William T. (Bill) Pugh, in church choir (just like Bill’s parents).  Bill is an organ builder and specialist in the restoration of Deagan tower chime systems, which he cares for throughout the United States.  In their spare time they enjoy gardening (aquatic and terrestrial) travel, and, of course, music.

No matter who you are, or where you are on life’s journey, you are welcome at First Congregational Church, UCC.